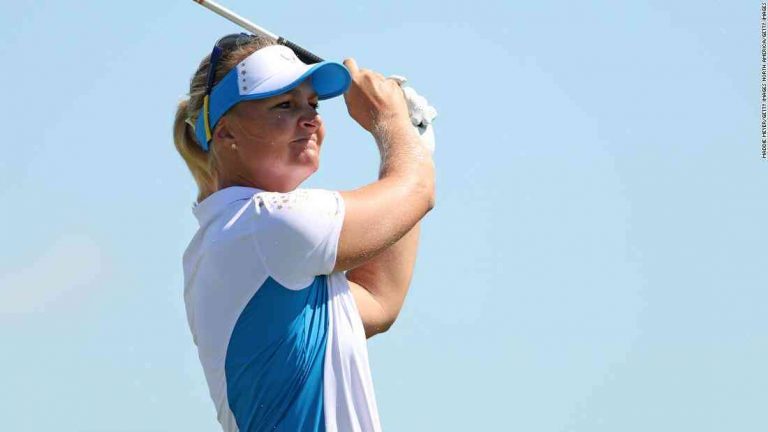 “The JGR course is challenging but one of the most beautiful I’ve played,” Nordqvist said

The Swede, who beat Danielle Kang on the first extra hole, finished on 17 under and became the first Scandinavian winner of the event.

Playing alongside world number one Lydia Ko, Nordqvist birdied her final hole for the 15th time in her 2016 campaign.

But she missed a birdie chance on the first extra hole, forcing an extra.

“The JGR course is challenging but one of the most beautiful I’ve played,” she said.

South Korean Jeong Jang finished a further shot behind in third, two ahead of Ko.

Nordqvist, 27, is currently ranked No 30 in the world after a disappointing 2016 season.