By Jack Esako, et al A great Thanksgiving script could be about to go awry. For people familiar with football, here are three things we learned at the Chicago Bears’ rookie minicamp, practice #3,… 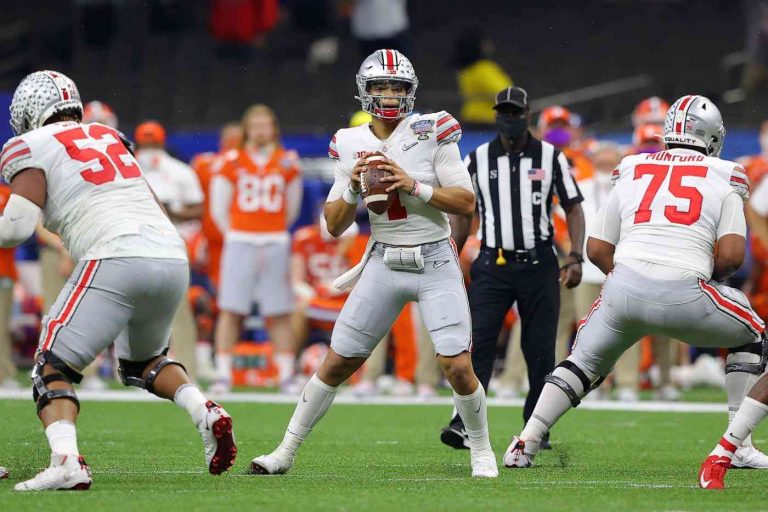 A great Thanksgiving script could be about to go awry.

For people familiar with football, here are three things we learned at the Chicago Bears’ rookie minicamp, practice #3, on Tuesday…

1. Marrone needs to discuss his plan for Young and Dalton (or not)

Most draft pundits have predicted that (hopefully) Saints QB Ryan Young will be selected in the 4th or 5th round at the worst. However, Alabama’s Jake Coker probably could have benefited from an opportunity at the NFL level, but unlike the previous two first round QBs, he didn’t need to play a single down. So he remains on the shelf. The Bengals currently have drafted QBs twice in the first round. So the writing is on the wall.

Only two starters in history of the modern era (Frank Reich and Josh McCown) had never played in a game for their team prior to the start of their rookie season.

Dalton will be entering his fourth season in the NFL at the very least. Perhaps he’d be due for his third back-to-back seasons of 30+ touchdown passes. And I was there at a scrimmage in Lexington, Kentucky in 2009 where he was battling a nagging thumb injury.

There are fewer quarterbacks (out of more than 1,000) with one-year starts in the NFL than with starts without.

2. North Carolina State’s Carson Wentz is never going to be as good as Russell Wilson

Wentz was the surprise winner of the 2015 NFL Draft, selected with the 2nd overall pick by the Philadelphia Eagles. But it’s hard to believe he will ever match what Wilson accomplished. And again, it should be noted that Wilson was drafted 8th by the Seahawks.

Wilson had his chance to compete for the Falcons starting job with Matt Ryan early in his career. A fractured foot and a nagging shoulder injury hampered him for a few games. But he played his way onto the roster and into the big club. Wentz seemed like a long-shot to make it last year as he was their third option on the depth chart.

But he is the clear candidate to start the 2019 season for North Carolina State. Most take the route of finding out what you have with that talented, but young team. North Carolina State returns plenty of talent this season. It seems as if more than 4 starters return for both offense and defense. The Wolfpack will try to get back to their first bowl game since 2014.

And they’ve acquired star OC Brandon Streeter. Streeter played in Atlanta as an offensive assistant coach from 2004 to 2011. He had a hand in some of the biggest offenses of the last decade. And by the way, I happen to be a (mostly) diehard Atlanta Falcons fan, and it’s a crazy feeling to know how much my team really has changed.

3. The Bears are likely to be more active in free agency

They brought back three starters on offense and added some (mostly) newcomers (especially on defense). They’ll find out what they have with the 2017 senior class this year. And that means they’ll have free agency to fill a few holes.

But there were two rumors I heard about in Vic Fangio’s rookie minicamp. 1. They’re planning to start Josh McCown, Chad Henne, and Mitchell Trubisky (or Zane) on Thanksgiving at the Raiders and play Dalton or Young for all the rest of the year. They’ll sign a veteran quarterback then. 2. Alshon Jeffery wants another big contract and they probably won’t give him one. He will opt out of his contract in March of 2020 and the Bears will then move on.