Analysis by David Grant Sport Correspondent, BBC Sport in Beijing China has played the US or vice versa in every major event since 1992 after Beijing was awarded the Olympics four years earlier. In… 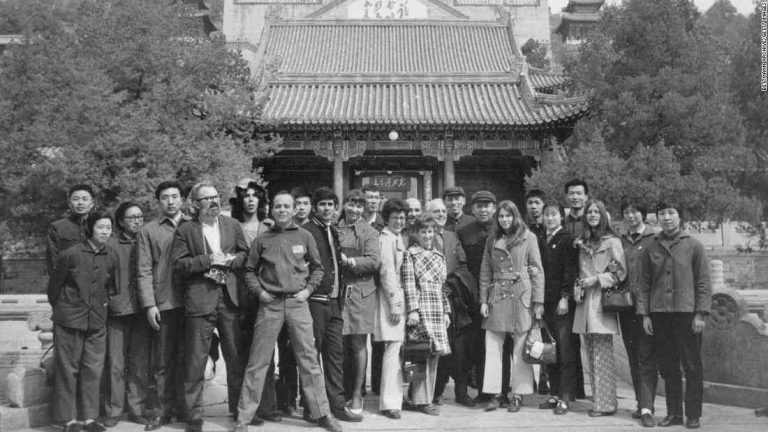 China has played the US or vice versa in every major event since 1992 after Beijing was awarded the Olympics four years earlier. In all but two of the other five – the Tokyo Games (lost 15-15 in 1995) and the Atlanta Games (lost 1-1 in 1996) – the resulting match-ups have been Russia v the US or the US v China.

In this one there was nothing quite like the mood swings, almost wilful nostalgia for a better past, or sheer bullishness as both teams want to believe they are the dominant nation.

It started brightly enough for both, with Zhang Yining, the 14-year-old Chinese wunderkind, blazing a 17-yard free-kick into the roof of the net to put the hosts in front.

But, almost from that moment, China started to lose it.

The GB fans in this packed, wild, partisan arena sensed there was more to come from what they like to call the Olympic Twilight Series.

China had played too brightly and not quite managed the service to Yining when he had time and space to find the corner.

Perhaps the players had allowed their minds to drift to the fact that they would not be facing Gold Coast-based Welshman Adil Rami who had so piqued their interests earlier in the week by linking up with Manchester City.

US coach Sasho Petrovski, a former international defensive midfielder for the Blue Samurai, Germany and Portugal, said he had never seen anything like the brilliant moment the Chinese fans were having.

“There were spectators screaming that every time they touched the ball they should shoot. I was thinking, that will never happen on the pitch.

“That was the best moment I had in international football. The Chinese fans were that motivated. They kept running on to the pitch to applaud the players. They were amazing.”

From then on though it was more a case of the game becoming a slightly disjointed match, of pace slowing and shooting opportunities falling empty.

Pedro Feliciano smashed a shot off the bar and then, in a clattering collision with the American goalkeeper, teenaged fellow countryman Song Xiaoyu was substituted with a suspected broken nose.

China coach Sergio Pena acknowledged that was a “critical turning point”, but that is only a mild understatement.

When Song came on, US keeper Ryan Meara – now at West Ham – produced a good save, Materazzi curled a strike wide and then minutes later Ruud van Nistelrooy produced an outstanding stop in a counter-attack.

It was a timely reminder that the USA possess a slightly more coherent system than the Chinese.

And the former Dutch international Van Nistelrooy was the country’s marquee performer on this night. After that save, and after finishing off a threatening attack, Van Nistelrooy sent a cheeky free-kick bouncing over the Chinese bar.

The shadow of the future had fallen before, but it was still there.