BEIJING — Chinese President Xi Jinping told leaders of Southeast Asian nations in Beijing on Thursday that he expects them to fight together against challenges to international peace and security, including in the South… 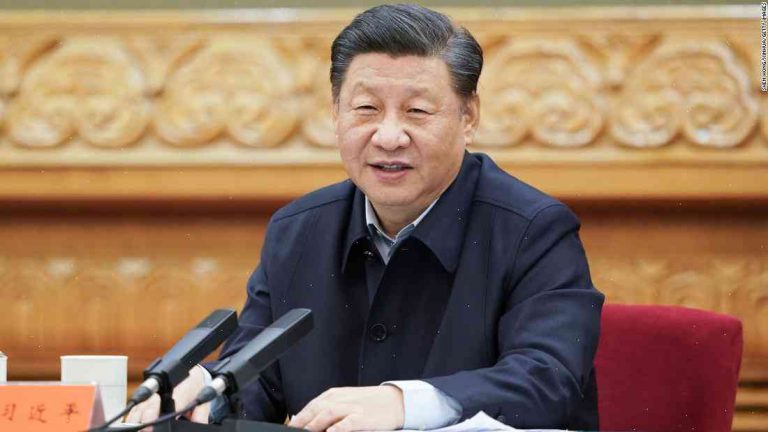 BEIJING — Chinese President Xi Jinping told leaders of Southeast Asian nations in Beijing on Thursday that he expects them to fight together against challenges to international peace and security, including in the South China Sea.

In a speech to a regional summit, Xi declared China’s desire to be a “responsible stakeholder” in the region. He said it’s impossible for China to behave as if it’s trying to “pursue hegemony” but instead seeks to act within its own laws and to improve relations with others.

However, China-bashing was in high demand throughout the Asia-Pacific Economic Cooperation summit in Beijing.

“You may have heard that there is much antagonism against China in some of the words of some of you and action of some of you,” Xi said. “We hope that misunderstanding, hypocrisy and misrepresentation will not derail your efforts to build a prosperous and peaceful community on the basis of the rule of law.”

After the speech, Xi told reporters on the sidelines of the summit that he hopes “some people may read the speech as me believing I don’t want to be a powerful nation, which is not true.”

Xi reiterated that China wants to be a “normal country with normal diplomatic relations” with Southeast Asian countries but that it will never back down in protecting the country’s sovereignty and territorial integrity.

“We want to be a responsible stakeholder in the Asia-Pacific region and China will never do anything to block or jeopardize other countries’ security and stability,” Xi said.

A number of recent events are fuelling criticism of China’s activities in the disputed South China Sea, including the last month’s publication of what Western countries called a provocative map depicting Chinese claims to the entire sea.

“To whatever extent we confront outsiders, we will deal with it with our own wisdom and conduct ourselves with traditional diplomacy,” Xi said.

Vice Foreign Minister Liu Zhenmin later told reporters that while China has the right to broadcast Chinese culture, its official news agency Xinhua had nothing to do with the provocative map.

China, Taiwan, Vietnam, Malaysia, Brunei and the Philippines claim parts of the ocean which makes up about a third of the globe’s surface. China’s assertive stance over the region has drawn expressions of concern from countries and governments in the region.

Ambassador to China David Lee said Taiwan shouldn’t bow to the pressure, and pledged to continue with a high-profile military buildup.

Lee said Taiwan hasn’t submitted to China’s call for budget cuts because it doesn’t exist as a single entity. Taiwan has its own legislature, military and government, and has shown it’s “comfortable” with its defensive capabilities, he said.

China claims self-governing Taiwan as its own and has threatened to use force to bring it under its control.