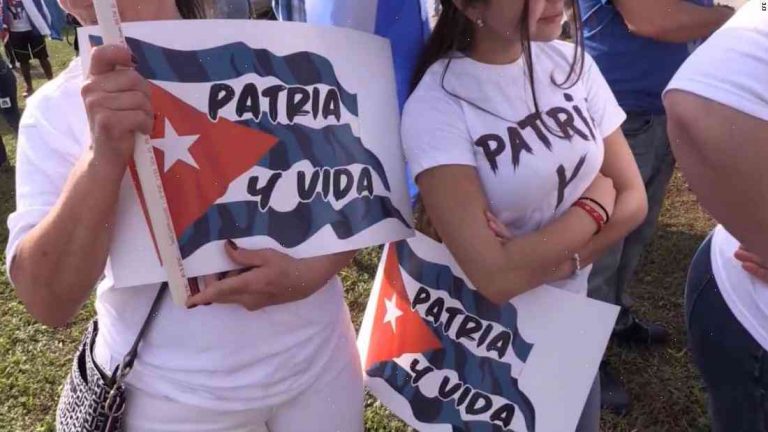 Activists in Cuba have blocked a road as they tried to protest against an information clampdown in the communist island, according to witnesses.

Women, men and children blocked the road outside the private housing complex of Beres Manzanas, in Havana, on Tuesday.

Reporters for the AFP news agency say their report on what was happening near the apartment complex will not be published on Saturday, citing government threats.

The demonstration follows a lengthy government crackdown on the broadcast of independent television news programmes in Cuba.

Up to eight people could face prosecution for their roles in opposition to information blackout, according to what activists claim was a government-organized meeting in Havana.

There was heavy police presence in both sectors of the protest and police cut off the road around the protesters, the witnesses said.

Cuba’s anti-pornography laws carry a sentence of three to six years for a first offence.

Police arrived before the marchers made it to their homes and ordered them out of the blocks.

Authorities also did not allow any media access to the demonstration, AFP reported.

Rights activists who attended said they would keep fighting “until the legal and political situation of independent broadcasting becomes sustainable”.

Photos sent to Reuters from a local resident, who did not want to be named, showed police officers restraining protestors as they attempted to march to a different building.

A riot police officer then fired tear gas into the crowd as protests got more heated.

The state-owned Radio Television of Cuba (RTC) stopped broadcasting independent television and radio programs over the internet in December.

Cuba has strict laws banning broadcasters from criticising the government, while guaranteeing they may still cover political topics.

Private broadcasting has flourished since the 1986 revolution that brought the Cuban government to power.

Cuban President Raul Castro has consistently defended the rights of freedom of expression while maintaining high control over the media.