Queens, ABC’s new hour-long summer drama, plays off a joke in the culture of 1980s show business, when young women were depicted as “zits,” used as large prop pieces like seat covers or fireman’s… 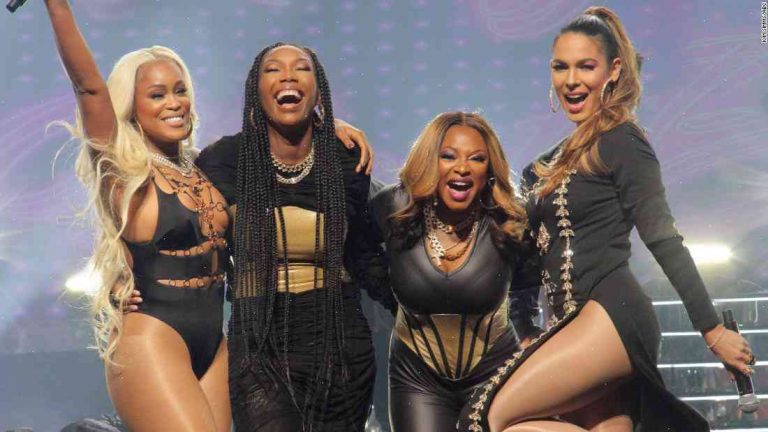 Queens, ABC’s new hour-long summer drama, plays off a joke in the culture of 1980s show business, when young women were depicted as “zits,” used as large prop pieces like seat covers or fireman’s uniforms. Launching mid-season in 2020, Queens takes the famously vulgar term and updates it for the modern era.

“ Queens is a coming-of-age story, told through the eyes of three 30-something single women who are all in very different places in their lives,” writes Jeanine Mason, a co-star on CBS’ The Good Wife. “Not only that, they are all ‘queens’—that is, blonde, confident, self-made, working-class, and Brooklyn natives who each have their own unique trajectory and story arc,” she adds. (She grew up on Long Island, and is doing double duty on CBS’ upcoming revival of Murphy Brown.)

Among the three women are Joelle Carter, the former actress who plays Hope, and Asa Butterfield, who plays Ben. The cast is rounded out by Chuku Modu, who plays Dave, Jocelin Donahue, who plays Abigail, and Carl Lumbly, who plays Big Frank.

In Queens, five strangers meet for dinner. They introduce themselves one by one. While an unlikely series of events soon unfolds, they each have their own experience with their own respective “queens” and identity as best they can. One character has never learned how to dress or act in a fashion that fits her. The others arrive somewhat clueless, but they soon learn how to fit in with the hip elite in and around New York City.

There’s an attempt to dramatize inequality in this group, but it doesn’t come off as evocative enough to be compelling. The characters aren’t strong enough to matter as individuals. What makes Queens worth watching isn’t the characters, but the context in which they are placed. The story is set in a hip, lived-in world where dreams and ambition are just as likely to be accomplished by white men as they are by other women and people of color. To support the premise, the show focuses on these white characters and hints at a rich history of racial discrimination in an environment marked by its racial imbalance.

Queens tries a way to tell the story of race in America without using institutionalized racism as a frame. The way it does this is not very deft. There are far too many of those sitcom-style pre-rehearsed conversations with various characters. At times they seem like completely uncharitable focus group sessions, where supposedly bright people use bigotry as an easily enacted lens through which to explain and explain away their own lack of self-control. This week’s episode features Ben using homophobic rhetoric to defend his situation with a longtime boyfriend who is not his own biological father. Jo’s mother argues that her daughter’s inability to find a willing boyfriend will be good for her later in life. “My big, fat jokes won’t stop,” he says before adding, “But I won’t get to turn gay…like a male.”

Watch this preview to see how Queens works, and whether it’s something you’ll watch.