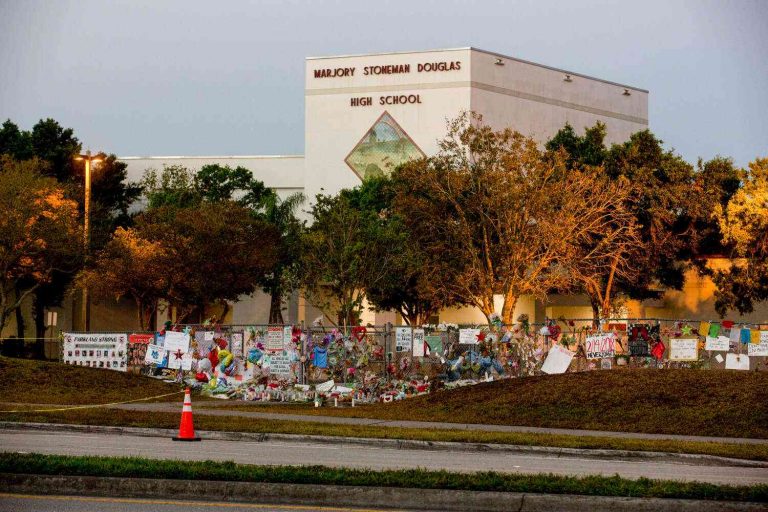 The Justice Department has agreed to pay nearly $140m (£118m) to the families of 17 people killed in the Florida school shooting.

The payment, made through the victim’s compensation fund, comes after 16 people were killed and 17 injured in February.

The fund will be administered by retired Judge Kenneth Feinberg.

The Justice Department said it plans to meet some of the families’ legal bills associated with the case.

A breakdown of the agreed payment shows that families and other individuals associated with the shooting will get about $90m.

No details of the payments had been announced before and neither the plaintiffs nor the government gave any explanation for the payment amount.

“This includes identifying and disbursing funds in an efficient and expeditious manner consistent with those timelines,” Mr Gore said.

The Justice Department has said the funds for the insurance settlement will come from an estate settlement for guns and ammunition from the school shooting suspect Nikolas Cruz, who is awaiting trial.

At the time, the Attorney General Jeff Sessions said the federal government would not pay legal fees for surviving parents and victims, in addition to state governments and organisations.

Several months after the shooting, 17 victims brought a lawsuit against the FBI, claiming that it failed to take precautions after being alerted by neighbours and local authorities that Cruz was obsessed with guns and had photos of guns on his phone.

The NRA’s chief lobbyist says the FBI mishandled the incident but that it was a “very difficult case”.

“We’ve let people down, this is not something the NRA would even have contemplated and many of our officials haven’t necessarily done what they should have done,” Wayne LaPierre told CNN’s Fareed Zakaria GPS.

That the Justice Department is prepared to cover the legal fees of surviving victims is a rare gesture of remorse and good will, said public defender Manuel Oliver.

The money “shows that we are a community that seeks to help and stands with those who have suffered and mourned,” he told NBC News.

Authorities said Cruz fired at students and teachers on 14 February as a massacre unfolded at Marjory Stoneman Douglas High School in Parkland, Florida.