Bafetimbi Gomis had the inside running to become the first player in European history to take a knee in honour of the fallen athletes in Charlottesville on Sunday. Following a defiant vote on Friday… 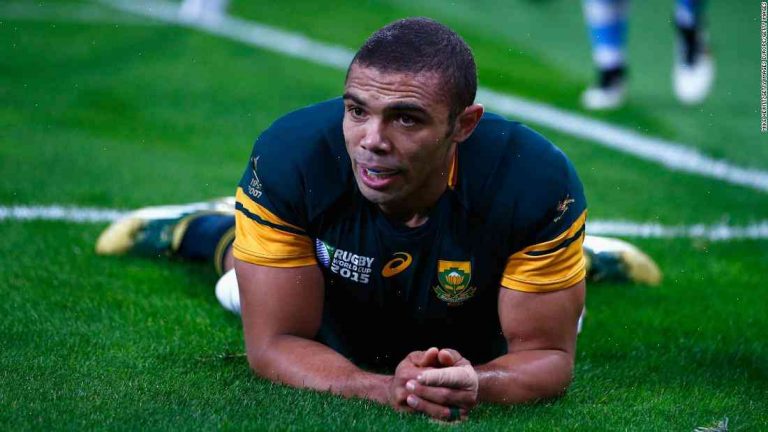 Bafetimbi Gomis had the inside running to become the first player in European history to take a knee in honour of the fallen athletes in Charlottesville on Sunday.

Following a defiant vote on Friday night by the Congress of European Football Associations (EOFA) to endorse their proposal to symbolically condemn racism, Gomis asked ECA president, Gianni Infantino, via Twitter whether he had a position and, given the chance to take a knee in tribute to the dead and injured, or whether he would look elsewhere.

Infantino turned the debate around by insisting that he was “certain” that if the French striker — who has played throughout his career for Marseille — had asked, he would have gone down on one knee before kick-off on Sunday, but was rather more evasive about whether players would be free to take a knee during the national anthems.

When questioned later by Sky Sports’ Gemma Bonner at the UEFA Congress, Gomis said he’d like to have taken a knee given the chance. “I’d take a knee, yes,” he said. “For what? What is there to be afraid of? When it’s a year ago, we spoke about it. We have to be brave.”

Fellow head of the ECA, Michel Platini, said he was confident that all national associations would “go down on the knee in a quiet ceremony.”

Infantino was also happy to dispel suggestions that players would be mandated to stop their celebrations during the national anthems as a mark of respect. “I’m not sure we will ever ban celebrations,” he said. “But we need to know what we can and cannot do.”

As for whether the ECA’s motion — a strong rejection of President Donald Trump’s suggestion that American players should be fired for protesting at the national anthem — was a publicity stunt to shift attention away from recent weekend violence, Infantino remained resolute. “It wasn’t a publicity stunt, it is a club strategy. We’ve been thinking of this for three years. It is a very sensible and important topic.”