Meet ‘Bad Boy’ Joe Exotic: ‘I take it all on myself’

“I made a decision some time ago that I’m gonna try to make a statement,” says Joe Exotic. “I hope to make an impact. It won’t happen overnight, I may have to go on… 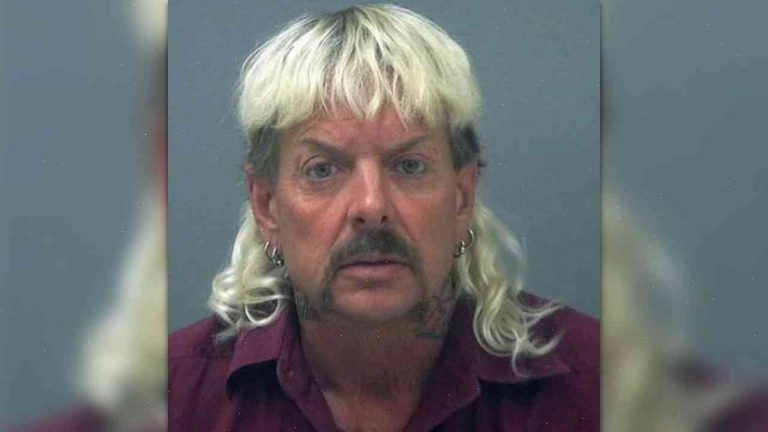 “I made a decision some time ago that I’m gonna try to make a statement,” says Joe Exotic.

“I hope to make an impact. It won’t happen overnight, I may have to go on some reality shows,” says the notorious heavyweight boxer and ladies man – who will also appear in the upcoming American Bible Challenge. “I don’t see myself competing or competing in any fight. Me and God are destined for greatness.”

Exotic, who was set free from a 1997 Indiana prison back in November 2016 after receiving a minimum of 25 years for a rape conviction, says he wants to leave a positive mark on society. But we have a feeling his legacy may take some getting used to.

Get a look at Joe Exotic as you’ve never seen him before. Joe Exotic will be part of the upcoming season of the American Bible Challenge, premiering Friday.

Exotic has also recently been featured in the notorious Tiger King 2, where he did battle with 30 “bad dudes” for a winner-take-all first prize of $2,000,000.

Exotic says he took a lot of the tiger attacks himself in a recent weight loss video, which can be viewed below.

“I took it all myself,” Exotic proudly tells us, adding “you don’t have to tell me my weight.”

Here are a few more highlights from our conversation with Joe Exotic:

When he first started looking for a reality show, Joe Exotic says he didn’t even audition because he would usually get rejected from them. But this time, something changed: “I was selected. But I was already at a weight where they said I could go into the show.”

Exotic loves about his on camera weight loss, but says he continues to work hard on his fitness to keep up with his fellow gym buddies: “I just keep trying to get on a gym, every day – everyday, all the time.

Buddy Devon defends his title and expects to beat Deontay Wilder with knockout: ‘I will make him look silly’