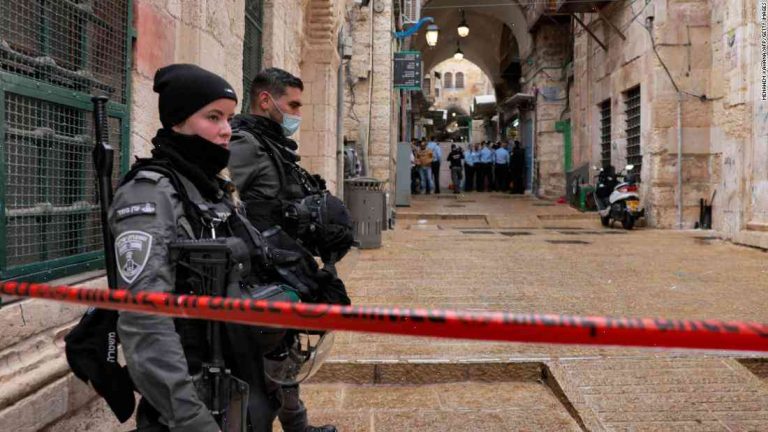 A Palestinian gunman has shot dead one Israeli and injured four others in Jerusalem before he was shot dead by police.

Israel’s military said an officer killed the Palestinian, who carried out the attack at the Damascus Gate in a crowded part of the Old City of Jerusalem, in an exchange of fire.

Palestinians said the Palestinian, who was from a West Bank village near Nablus, was shot after stabbing the Israeli man to death. Israeli police said they had opened fire after they were attacked by the assailant.

Is this how an attack escalates into a nation at war? Read more

Israeli media said the two were Palestinians in their late teens or early 20s.

Israel captured the eastern sector of Jerusalem in the 1967 Middle East war and later annexed it. The annexation is not internationally recognised.

Israel considers the entire city to be its capital and Arabs from east Jerusalem live there, while about 850,000 Jewish settlers live in the west, along with some 2.6 million Palestinians.