Tiger Woods did not win his first tournament in 572 days, but the former No. 1 returned to the winner’s circle for the first time since March when he edged his sister-in-law while battling… 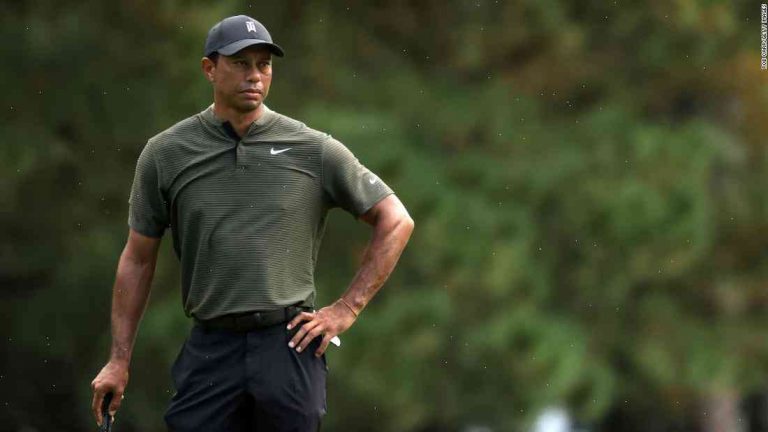 Tiger Woods did not win his first tournament in 572 days, but the former No. 1 returned to the winner’s circle for the first time since March when he edged his sister-in-law while battling illness at the Hero World Challenge in Bahamas last week.

Wearing a set of shoulder braces, Woods took part in a workout Monday, the first time he has appeared in any sort of video since the car accident in Florida on May 29 that led to the discovery of multiple instances of sexual substance abuse.

“First day actually running. My first time doing it since February,” Woods said in the video while making swings with a trainer. “I still have some cramping up in the lower back, so I’m going to have to continue that. But [the brace] feels good. It’s light and soft, so I’m just focusing on the stability aspect. That’s really what I’m worried about.”

Woods, who won the AT&T National in July in his first tournament in two years as a pro, said he’s not sure when he’ll be able to practice again after the bone bruise that plagued him after the crash in which he was dragged a mile or more on his SUV.

“It’s going to continue to pain me. It’s not going to go away, but we are treating it as much as we can, so we’ll see,” Woods said. “Until you start feeling better and you start being in good shape, you’re not doing anything.

“I’ve been lifting and all that good stuff, but it’s a little hard to get loose. After hitting a few shots in the morning, I feel like I can’t hit the ball hard. I’ve got to work a little harder to be ready to compete.”

Since crashing his SUV outside his house near Orlando, Woods said he has been living in Southern California. He was examined by a team of doctors who told him that he couldn’t drive and couldn’t even stand for more than a minute at a time.

Since those injuries, Woods’s golf game has gone from not playing competitively to not practicing regularly to making a comeback at the Hero World Challenge.

“After playing a couple of events, it was nice to sort of get some confidence back,” Woods said. “It’s still sort of a work in progress, and I have a lot more work to do. I’m still very sore, I’m still a little bit stiff, and a lot of rehab. I’ve got to be patient with myself, and just take one day at a time and hopefully it continues to feel better.

“It’s going to take some time, I’m sure. But I’m pleased with the way it’s progressing.”

In the latest regular posting on his website, Woods said, “I don’t need to be in pain to play, and I don’t want to be. I’m glad to be doing something again, and I’m particularly pleased with the way I feel.”