The Administrator for the Ghana Educational Trust Fund (Get Fund), Richard Boadu has rejected claims that his outfit has abandoned some educational projects that were started under the erstwhile John Mahama administration.

According to him, the current administration had to put on hold and subsequently review new contracts that were awarded by the previous administration so as to ensure value for money insisting that these projects have not been abandoned because some of the contractors have returned to site.

He made this known during a press briefing in Accra on Wednesday, September 16, 2020. He said the ruling New Patriotic Party (NPP) is still paying for some of the educational projects that were captured in the National Democratic Congress’ Green Book.

“For the e-blocks that have become a very controversial area, from 2014 to 2016, with regards to the World Bank project, only 7 were completed. Get Fund and the Ministry of Education embarked on 22 e-block projects making a total of 29. However, between 2017 and 2019, that is what we inherited, we paid for it and for that, Get Fund has completed 13. So if you hear that the e-blocks have been abandoned, that is not true. Out of what the previous government said they have done, a school, one of the e-blocks in Lambussie District in the Northern Region, the information that I have is that, the NDC didn’t pay a dime not even 1 cedi. It was our administration that footed for it but it is even captured in finished projects in 2016 but we did the payment. 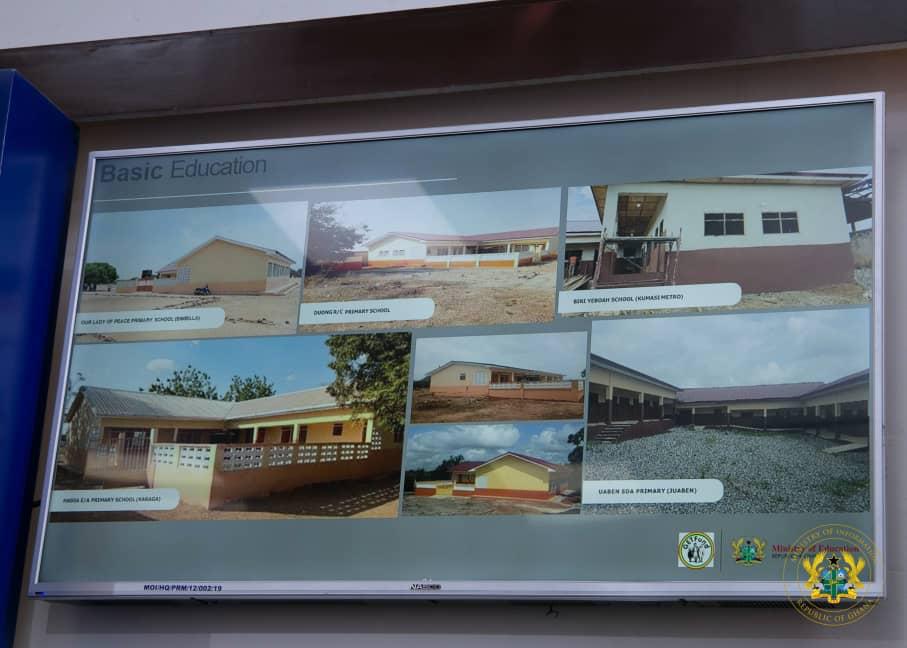 “So if you hear somebody on a platform saying that projects have been abandoned and we are not paying contractors, it is far from the truth. What we adopted was batch payment and GHS the 830 million goes as far back as 2014. We have paid from 2014 up to December 2019. We do payment in 6 months and what we are looking forward to is by the end of the year, all contractors we have brought on stream,” he added.