A picture perfect hospital: on deck for heart surgery appointment

Hamilton Health Sciences’ most senior surgeon has been facing “inconsistencies” in his duties as Chief of Cardiac Surgery. If the part-time doctor is only meant to be watching and assessing, what does he or… 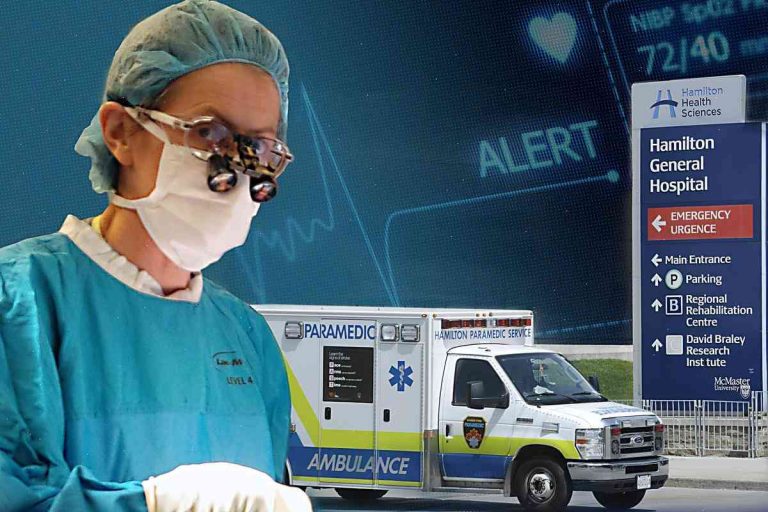 Hamilton Health Sciences’ most senior surgeon has been facing “inconsistencies” in his duties as Chief of Cardiac Surgery.

If the part-time doctor is only meant to be watching and assessing, what does he or she have to do – give or receive – in the operating theatre?

That historic practice now stands defunct, says Dr John Alexander, who was promoted to Chairman of Cardiac Surgery in December 2017, just months after a pivotal meeting between his colleagues and senior management.

“Today we have a chief of surgery who is the senior cardiologist, and his role is to lead the programme, to oversee the curriculum, to oversee the data,” says Dr Alexander.

“I think that’s appropriate now. It’s taken a long time for us to get here, and it’s taken the level of sophistication that we have to recognize what we can and can’t assess.”

More from Scotland This is Cardiac Surgery podcast

Dr Alexander’s transition to the CCO follows a recent review of Dr Alexander’s qualifications by a subcommittee of the board, following a “significant” number of complaints about his health.

The review was triggered by the late removal of a Rotterdam post-doctoral fellowship in Cardiac Surgical Science and Research (S02), which had previously been given to Dr Alexander by University College Hospital in the Netherlands.

More from Scotland: Doctor sacked for clocking off – but wife with cancer could be next

According to his fellow cardiologists, Dr Alexander failed to meet a training requirement for five consecutive years.

However, in her review, Dr Lucy Read, a Senior Cardiac Trained Cardiologist from the University of Oxford, concluded that the requirement was “unsustainable”.

“More than 17 years ago Dr Alexander was referred to the Rotterdam Medical School by Hamilton College,” she wrote.

“He was assigned to both specialist training and post-graduate training at UCLH by 2002, the second year he graduated from the UCLH Cardiac Research College.

“After ten years at UCLH, Dr Alexander returned to Hamilton College in 2015, and completed all three courses required for S02 prior to his resignation, with distinction.

“The presence of this extended training is the reason for his nomination and promotion, and is the basis of Hamilton College’s recognition of his achievements and his current role as CCO.”

Dr Alexander, who has rejected all of the initial complaints against him, says he has been clear with the cardiologists in their delegation of responsibility.

Professor Anne Fagg, chair of the unit’s clinical advisory board, says cardiologists have told her they “like the model that we have” and value Dr Alexander’s expertise.

“The word come down in their response that that’s the way we are, and that’s very clear to me,” she says.

“He has a senior role. He has expertise. He’s a very, very good man and I think everyone at Hamilton Health Sciences is very pleased with him.”