While Covid-19 arrived late to the party, it still managed to disrupt myriad plans for other travelers this year. While much of the country was shut down for football games and concerts this summer,… 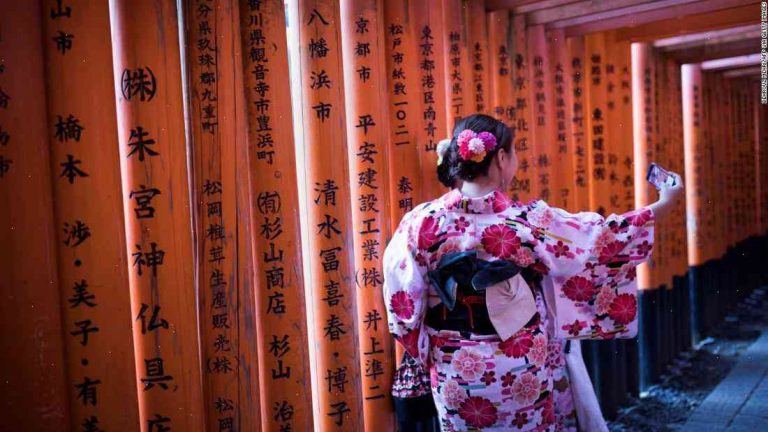 While Covid-19 arrived late to the party, it still managed to disrupt myriad plans for other travelers this year. While much of the country was shut down for football games and concerts this summer, millions of people in Japan still traveled to airports to catch flights. Needless to say, traffic was messy and delays long. As travel season begins once again, expect more disruptions.

Let’s start with a quick primer: China has introduced restrictions during this year’s political activities in China, including a timed flight restriction on flights from Hong Kong to Shanghai and Tianjin. Which means Hong Kong-bound flights will continue to experience a certain length of takeoff time, about 20 minutes longer than normally required for departure. (For what it’s worth, no flights from mainland China were impacted by the China plan, but it’s always a good idea to check with your airline on any changes to your flight.)

The next significant event comes on Sept. 17 and 18, when Japan celebrates it’s national day, also known as Oktoberfest. The holiday celebrates the first gumption of the Oktoberfest region of Germany, which started its annual celebrations in 1810 and had a captive focus on beer from the 20th century through the 21st. In Japan, they often combine food with ale from both Germany and Japan, including a cheese roll.

On the road in September, the main traveling festival is arguably Western Japan’s coming-out party of Fall: Sasakawa Int’l Mountain Festival, which will take place at the Mt. Fuji International Resort and Palisades Park. During it’s 10-day run, visitors can enjoy hiking, mountain climbing, and a night-time cross-country ski tour, all the while sampling local brews and food from all over Japan. For foodies, the festival includes a fully stocked catering stand that serves delicious sushi, and brew and sake tastings are available throughout the week. (Click here for details.)

After visiting the Sasakawa festival in Tokyo, travelers can simply drive to the mouth of the mountain in Osaka. The city-within-a-city is known for its famed restaurant offerings, including quality Japanese fare at lunch and dinner. Head to restaurants on Yoshi in downtown Osaka to browse upscale sushi restaurants, or make your way out to Oijima and climb the massive Osaka-Hokkaido Tower (known as “Oishi Morinari,” or “Monkey-Oishi” in English) and the 3,025-foot Toriya Kossoaki (Kossoaki Bridge”) to see a view of the city’s skyline (view the full schedule of events here).

The same goes for Western Japan’s Bay of Izumo. Experience a chance to land a kimono on the beach and take a kite session, or try a teahouse and still make time for shops and restaurants. The best parts of Bay of Izumo? The azure water and mountainous views. While it’s certainly not Japan’s prettiest island, it has a rugged yet calm expanse of sand.

Many of the Kansai travel destinations have been updated due to the typhoon season in the summer, but the rail service remains very reliable. (Click here for detailed information.) The real challenge this time of year, though, is getting to the major events in Japan. And, although highway routes are narrow, if you have a smooth, spacious, quiet vehicle, it’s a great time to explore Kansai (and experience fall treats, of course). Just be sure to strap in, especially if you’re flying there (highways might get gridlocked).

This story was originally published by National Geographic.