In her column for The Sun earlier this week, freelance journalist Reza Fatahi wrote that Canada’s police leaders need to take a more hands-on approach to COVID-19 as the federal government moves ahead with… 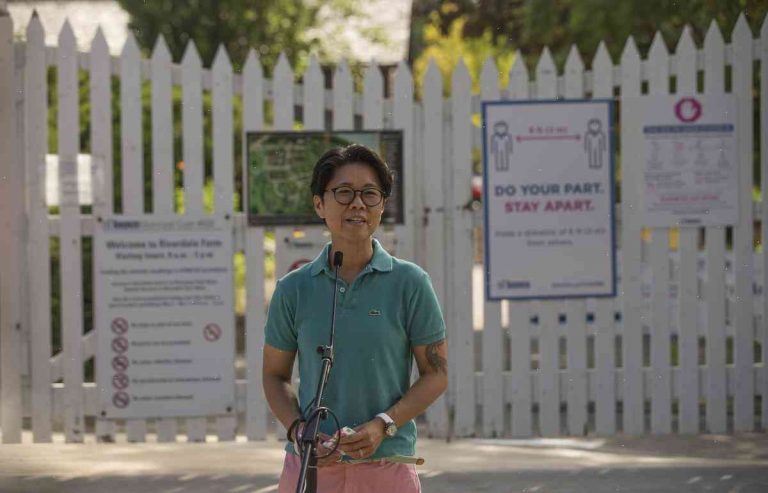 In her column for The Sun earlier this week, freelance journalist Reza Fatahi wrote that Canada’s police leaders need to take a more hands-on approach to COVID-19 as the federal government moves ahead with its plan to legalize the drug. “We really need to revisit the whole process in terms of who we need to control the drug supply chain,” Fatahi argued. The column garnered outrage on social media, but not from police or government officials. In fact, Fatahi took some heat for accusing police of being unprepared for COVID-19’s “pure anarchy” while attributing it to fentanyl. “We need to act with better intelligence,” she writes. “We need to change laws if the situation demands it. We need to do more to target violent criminals who fuel these illnesses. We need more urgent and creative campaigns aimed at health. We need more front-line professionals to be educated on how to react to COVID.” As a former member of Canada’s health team, however, Fatahi notes that’s all she was attempting to do: promote dialogue. “My goal was to just start a discussion about the consequences and the lessons to be learned,” she tells HuffPost by phone. “Of course, the response I got… showed me I had misread the message.”

Fatahi also blames the “enormous media pressure to represent” people who write the official line. “The media needs to allow people like me to raise this issue,” she says.

Some public health advocates have reacted angrily to Fatahi’s column, however. “Our member group has worked for years with proponents of legalizing cannabis, both for medical and recreational purposes, to minimize adverse harms from the drug,” Tara Deschamps, director of public advocacy and strategy at the Canadian Drug Policy Coalition, told HuffPost by email. “It is offensive to suggest that Vancouver, New York, or any major city, can be a model for Canada, when Canada is only at the very start of a global drug strategy that seeks to protect all populations from substance use and its effects.”

Please read my entire op-ed, and the related OP-ED by a Drug Policy Expert in The Sun. I am not referring to COVID-19, fentanyl and homelessness. I am referring to the law enforcement response. https://t.co/FpE0eExGV0 — Reza Fatahi (@rezafatahi) August 11, 2018

Smith criticizes the “garbage” of police responses to drug use as a national health policy. “It is simply incorrect to attribute this failure to a failure of COPD treatment, or to attribute the silence of the public health system to COPD treatment,” he argues. “Or to assume that public health and criminal justice departments will want to continue to do the same things for years to come.” Smith adds that Fatahi’s column ignores the issue at hand and points instead to drug problems as a symptom of broader problems. “COPD is just the symptom of a huge public health issue that affects millions of Canadians,” he says.