Written by By Staff Writer (CNN) — Former South Korean military dictator Chun Doo-hwan has died, a government spokesman said Wednesday. He was 90. Chun was ousted in the 1997-98 “shock” democratic uprising. He… 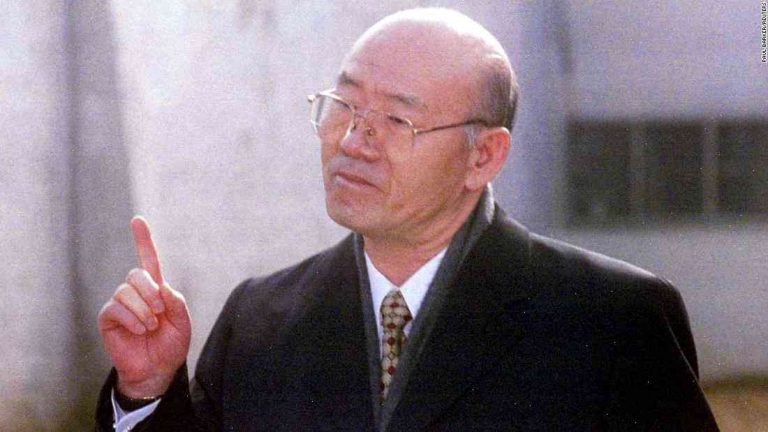 He had been under house arrest at his home in Seoul, the AP reported.

His death comes just a few days after South Korea’s first elected female president, Park Geun-hye, who was ousted in a corruption scandal.

Park’s impeachment was upheld by the Constitutional Court last month and she faces possible prosecution, not least over charges of conspiracy related to a right-wing plot in the 1970s to cancel elections and establish a dictatorship.

Park maintains her innocence and in a TV interview the day after the impeachment was upheld, denied she had ever conspired to overthrow the South Korean democracy.

Also in 2017, then-President Lee Myung-bak resigned amid an influence-peddling scandal.

Before becoming President Park’s mentor and mentor-turned-enforcer, Chun was the army chief of staff from 1969 to 1972.

In that year, he narrowly survived being shot by pro-North Korean forces when he returned from Vietnam.

His government in the 1970s was accused of torturing political prisoners, and he was later accused of plotting to overturn the country’s democratic reforms in the 1980s.

His government was toppled in South Korea’s biggest ever mass demonstrations, dubbed the “April Spring” in 1987.

In the late 1990s, Chun was sentenced to 20 years in prison for human rights violations, but he was pardoned in 2002 by the current President Lee Myung-bak, who then served as South Korea’s prime minister.

Chun had also been the face of South Korea’s 1988 Olympic bid and, in 2000, he was given a new chapter in life as ambassador to Britain.