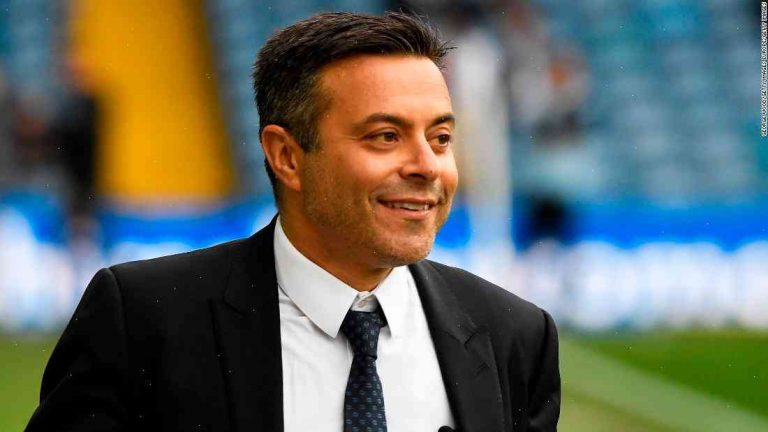 Following their return to the top flight, BBC Sport looks at Leeds United’s return to the Premier League and what fans can expect this season.

Main stories to look out for this season

New manager Marcelo Bielsa has taken charge at Elland Road in charge of the first team after the former Atletico Madrid and Marseille boss signed a two-year deal earlier this summer.

Former Leeds chairman Peter Ridsdale, who sold the club to Massimo Cellino in 2014, believes Bielsa could be able to transform the current squad, despite worries over whether they can keep hold of most of their squad.

Discussions are continuing with Cuneyt Cakir, the Turkish referee who sent off Demarai Gray in the play-off final against Fulham last season, but the club has rejected Football Association charges against Cakir.

On-loan West Brom striker Salomon Rondon has missed most of pre-season following his move to Newcastle, but the Venezuelan has taken to social media to try to reassure Newcastle fans.

Leeds’ former Wales striker Ian Rush turned out for the club’s reserves against Rotherham United this week and talked up the chance of starting the season on a high following their return to the Premier League.

Former world heavyweight champion Wladimir Klitschko returned to action for the first time since his May defeat by Anthony Joshua at Wembley, beating German Dusan Leyva on the undercard of Tyson Fury’s WBO belt win over Francesco Pianeta.

Klitschko, who turned 40 in July, will face Nicholas Walters of Jamaica on 19 October at Wembley Stadium.

“This is the dream, this is my goal,” said Klitschko, who has not fought since losing the world title to Joshua in May 2017.

“I have worked so hard to have my return.”

Aldridge helped Leeds earn promotion from League One in 2013

After playing in League One for Leeds in 2013, Paul Gallagher is finally set to move to Championship rivals Reading.

Gallagher, who has been on loan at Blackpool, Cardiff and Wigan this season, has been linked with a £4m move, while manager Jaap Stam admitted on Tuesday that the deal was close.

Ryan Kent and Paul Benson have both been sidelined by injury this summer, but Harrison Reed has impressed during pre-season and could join the pair on the sidelines.

‘I know best’ – what Leeds fans can expect

Speculation has been rife about who Bielsa will sign before the start of the season, with Lyon’s Belgium midfielder Memphis Depay among those linked to the Elland Road club.

Before Bielsa even takes charge of the first team, the new manager has surprised supporters by outlining his own plans for the club.

In the interview, a public preview of Bielsa’s philosophy, Bielsa says he prefers to concentrate on work and not personal rivalries.

“I hope people know me much better once they see how we work,” said Bielsa.

“We work a lot and only God knows how much we work. We work to help the players improve, that’s our key.

“I have to judge a player and see if he’s a great player or not. I don’t really care what clubs they play for.

“I know best how to judge players. When they come in I need to see how good they are and I want to be there if they’re good. In the future they can play anywhere they want, I’m not thinking about that, that’s another thing.”