A former senior Saudi Arabian official’s daughter, who says the kingdom tried to lure her to Istanbul as part of a grand corruption purge, has warned the kingdom is ready to go to “further… 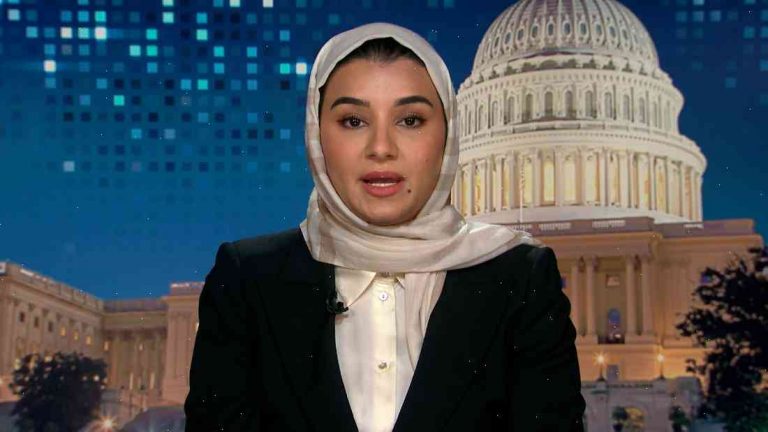 A former senior Saudi Arabian official’s daughter, who says the kingdom tried to lure her to Istanbul as part of a grand corruption purge, has warned the kingdom is ready to go to “further extreme measures”.

Isla al-Sudairi says Saudi officials told her for six months they wanted to try her for corruption, alleging she had paid family members with gold bars. The force eventually paid her $100,000 on the side to convince her to come to the consulate, where she turned herself in and handed over the gold bars, she told the Associated Press on Wednesday.

The allegations of corruption at the heart of Saudi Crown Prince Mohammed bin Salman’s (MBS) ambitious attempts to remake the Saudi economy echo those of dozens of wealthy Saudis held on accusations of money laundering, bribery and extorting officials.

The businessman Adnan Khashoggi, the billionaire son of assassinated US journalist Jamal Khashoggi, and other top figures were among those detained on 1 November as the purge focused on big businessmen, senior princes and officials. The king’s son, Prince Miteb bin Abdullah, and a senior financial official, Mohammed al-Tuwaijri, were also arrested.

“They made a very high-profile move, which was unprecedented, to target some of the most senior businessmen in the kingdom and apparently get as much as possible to reduce the deficit through grand corruption,” Sudairi said.

“I think they also made a very deliberate attempt to bring Saudi families to the table … I don’t think they had any other choice.”

The kingdom has since said those who have been released and the Saudi public prosecutor deny any wrongdoing and the allegations against them are part of an “unprecedented” anti-corruption campaign.

Sudairi, a 46-year-old lawyer, said she does not want to see the country take a harder line against its citizens, but said she has not been contacted by the US authorities or European governments about the accusations she faced. She also said it is difficult to feel safe in Saudi Arabia.

“I don’t want to talk about how I have been treated … I have not been told what they are going to do to me next but I am very, very cautious of what’s happening and if there is something to hide I won’t do it,” she said.

An MBS spokesman did not immediately respond to a request for comment.

Saudi officials have previously denied offering any bribes or using force against those held in the crackdown.

As part of a palace coup led by MBS last year, Sudairi’s father, Prince Mansour bin Muqrin, was sacked as defence minister and removed from the Saudi royal family. However, Sudairi said she had no contact with her father while he was detained at his home in Riyadh and only learned about his detention when he appeared in public in late November.

Mansour bin Muqrin, who is less prominent than his daughter, is one of the 10 men who called on MBS to stand aside as crown prince, citing what they described as his erratic management of the government.

Isla Sudairi, the younger of his two daughters, was educated in France before working in the Netherlands. She was also arrested but said she turned herself in willingly and was not tortured. The Dubai-based al-Arabiya network reported she had come to the United Arab Emirates after being placed under house arrest in Saudi Arabia.

Her claims come as officials revealed that Saudi Arabia’s economy had posted its strongest growth rate in nearly a decade in the third quarter as government spending rose and the global drop in oil prices lifted the kingdom’s finances.