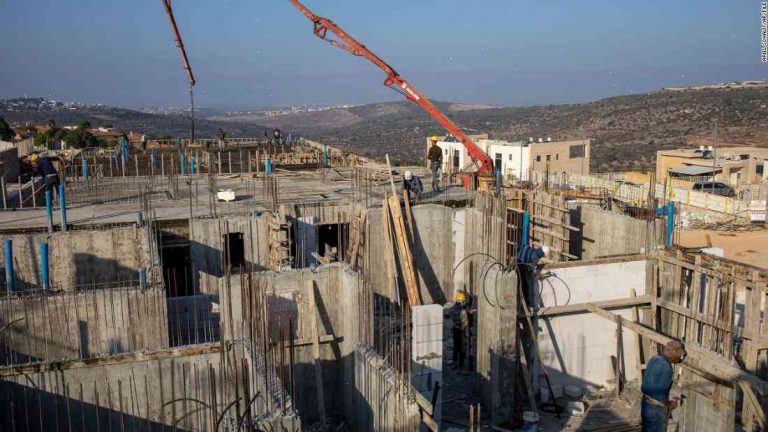 The United States, Britain and the European Union also criticized the plans, warning that continued Israeli settlement activity has negative implications for peace.

“The United States is strongly opposed to new settlements and all acts of provocation that threaten the viability of a two-state solution,” State Department spokeswoman Heather Nauert said in a statement.

Nauert said that “the relocation of existing settlements does not advance the cause of peace.”

She added that “the United States believes it is premature to conclude that Israeli settlement activity is having a major impact on the prospects for peace and stability in the region.

“We regret that settlements have not been fully resolved in negotiations,” she said.

Britain’s Foreign Office said in a statement that “there can be no justification for further settlements,” which the statement called “a serious threat to a two-state solution.”

The EU said that “the number of Israeli settlement units planned to be built in the West Bank will further restrict Palestinian access to their own land, as well as to fertile grazing lands.”

The EU’s statement noted that a two-state solution remains the only way to end the conflict.

Israel occupied the West Bank, along with the Gaza Strip, in the 1967 Mideast war. Israel withdrew from Gaza in 2005. The Palestinian Authority, which administers East Jerusalem and the West Bank, has made a return to the 1967 lines a precondition for further talks.

The Associated Press contributed to this report.