WASHINGTON — The Trump administration reached an agreement Tuesday with Iran to resume nuclear talks as soon as possible, according to a senior administration official, averting a confrontation between Iran and the United States… 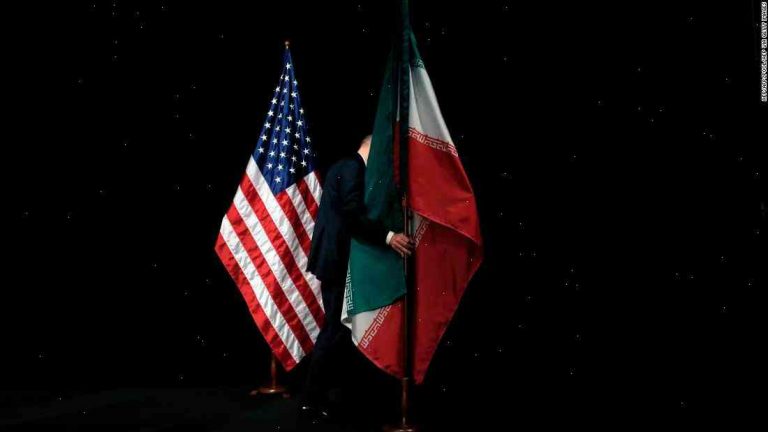 WASHINGTON — The Trump administration reached an agreement Tuesday with Iran to resume nuclear talks as soon as possible, according to a senior administration official, averting a confrontation between Iran and the United States at the United Nations over a dispute about Tehran’s nuclear ambitions.

The pact marks the latest in a series of high-stakes diplomacy in recent weeks, which have involved Chinese and Russian officials, as well as European Union members and even Canada.

The effort to restart talks with Iran came less than two weeks after the two sides were ready to go to war, and marks a dramatic turnabout in a relationship that has been tense since Donald Trump took office.

The agreement is unclear, however, just how comprehensive a new accord will be. Negotiators from the United States, China, Russia, and European Union nations met for several days over the weekend in Geneva to restart negotiations.

They were originally set to meet again on Monday but instead agreed to a continuation of talks that will begin, as soon as possible, before the end of November. The deal was a result of intensive negotiations between the U.S. administration and its European allies, led by Britain, France and Germany.

The discussions then began Sunday evening, in part to avoid an impasse with Iran at the United Nations when Iran’s ambassador to the United Nations, Mohammad Khazaee, gave a speech outlining Iran’s objections to the Trump administration’s nuclear policy.

The developments came after Trump placed further sanctions on Iran on Monday, an effort that also pointed to negotiations with the EU and with Beijing and Moscow. As soon as Iran’s Foreign Minister Mohammad Javad Zarif arrived in Washington last Friday, U.S. and European officials were discussing how to better coordinate the Iran diplomacy.

The administration officials who spoke on the condition of anonymity said that the agreement was a result of months of negotiations between the United States and its closest partners in a decades-long effort to halt Iran’s nuclear program.

Trump signaled his intent to abandon the nuclear agreement in May, when he pulled the United States out of the deal, which had been negotiated by the administration of former President Barack Obama.

The officials said that the sides have developed a tentative agreement that would treat Iran more formally than under the 2015 deal. In exchange, Iran was expected to agree to play a greater role in preserving the nuclear deal and, in return, get immediate relief from U.S. sanctions.

“Iran will give us assurances in writing that its nuclear program will be solely for peaceful purposes,” one official said.

The sides agreed on the number of meetings, but the exact meetings are yet to be determined. The goal is to reach a new accord that the United States can present to the European Union and Russia, two sides that stood united with the United States in the last round of talks.

In his speech, Iran’s ambassador said there was “zero chance” that Trump will carry out his threat to withdraw from the accord. Iran supports the deal as a way to resolve concerns over Iran’s nuclear program, but says the deal is not perfect and its key provisions are in violation of the 2015 deal.

The official said the aim was to “strengthen the nuclear deal with Iran through additional verification, and improving inspections within Iranian borders.”