Written by Staff Writer To say Fran Dawson is off-road racing’s first female African-American superstar might not be quite accurate. At 18, the woman who calls herself “Speed Girl” might now be one of… 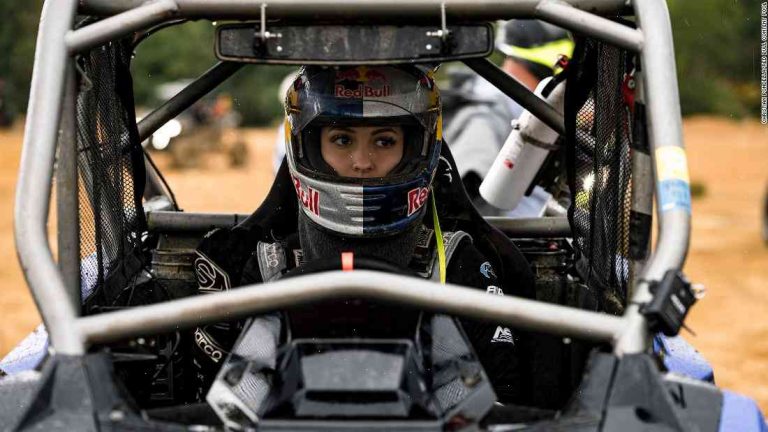 To say Fran Dawson is off-road racing’s first female African-American superstar might not be quite accurate. At 18, the woman who calls herself “Speed Girl” might now be one of the pioneers of the off-road cycling world, but she’s far from it.

Dawson was a high school dropout who left her hometown of Detroit to pursue a fledgling career as a full-time race cyclist in 2010.

Having no formal racing background, she was training with her dad when a patella tendon injury left her in a race day cast for three weeks and a nursing home wheelchair for six weeks.

“By the time I found out about the teams I wanted to be on,” she said, “I didn’t have very much time to get training or me-time.”

At first, the choice was between a two-man team and another.

Efforts to join just three women in the U.S. took two years before she managed to be accepted. But she felt like she would be better off racing her first race with an all-male team.

To shave just a few minutes off her pilot’s time in testing, she knew she had to take a few risks.

“I did a lot of off-road dirt-track racing, but I was told that was dangerous,” she said.

“So I went to Milwaukee and rode on a gravel road with people on snowmobile and motocross. That changed my mind about how much risk there is with doing it.”